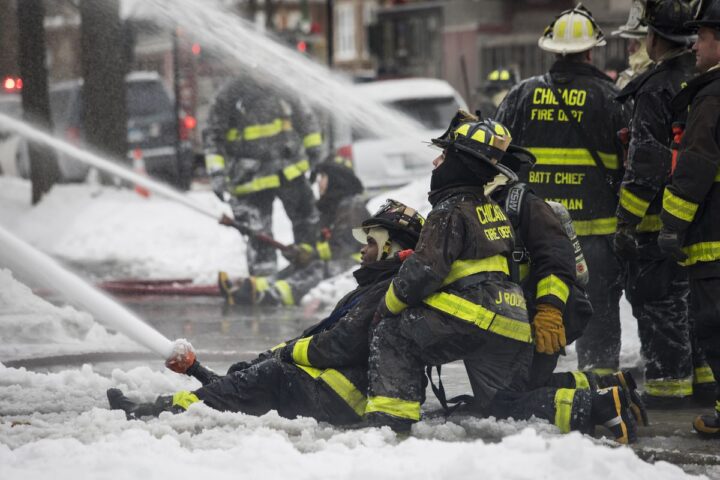 SPRINGFIELD – Today the Governor signed a new law sponsored by State Senator Rob Martwick (D-Chicago) that removed a provision in Illinois law that allowed the City of Chicago to underfund the Chicago Firefighter’s Pension System for more than 40 years.

“By signing this legislation, Gov. Pritzker has once again demonstrated his commitment to fiscal responsibility and protecting future generations of middle-class Chicagoans from massive tax increases,” Martwick said.  “If we ever hope to right our financial ship, we must finally put an end to the irresponsible behavior that put us here in the first place.  This law simply ensures that the city confronts the true costs of its pension obligations and makes the difficult decisions it needs to make today.”

The law removes the birthdate restrictions that could have prevented thousands of firefighters born after Jan. 1, 1966, from receiving a 3% non-compounded annual cost of living increase in retirement. Two firefighters could have started on the force the same day but received different benefits based on their dates of birth.

Under the measure, any Chicago firefighter who is eligible for benefits and reaches 55 years of age – no matter what year they were born – would receive the 3% increase. In practice, firefighters who were born after 1966 have received the cost-of-living adjustment, but this measure ensures every firefighter does by law.

While the city claims the law is a benefit enhancement, Martwick says that is not the case.

“For 45 years, the city has given every firefighter a higher benefit than was written into the law. This change makes the law comply with those four decades of practice to ensure the city budgets the appropriate amount for that benefit.”

Martwick also pointed out that the benefit in question is substantially lower for Chicago Firefighters than it is for every firefighter in every town, village, and city in the rest of the state, and remains lower even after the passage of this law.

“Chicago firefighters have one of the hardest jobs in the world, yet they have a lower pension benefit.  That remains fundamentally unfair,” Martwick said. “However, this law at least ensures that their retirement assets do not continue to be systematically underfunded by the City of Chicago.”

House Bill 2451 of the 101st General Assembly has been signed by the governor and passed into law.