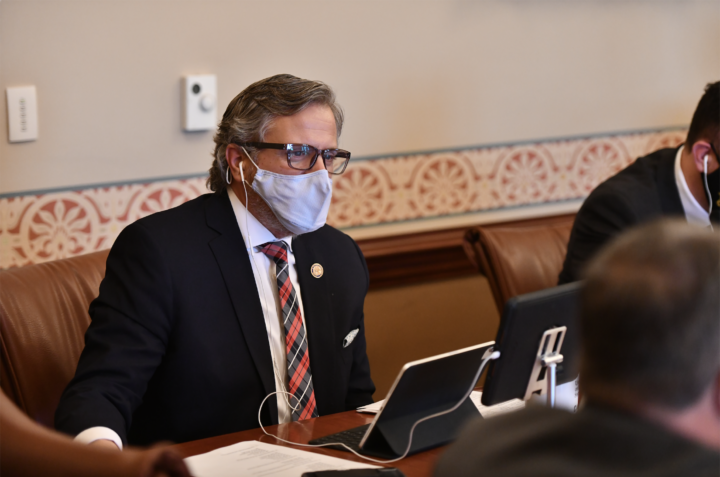 SPRINGFIELD – State Senator Robert Martwick (D-Chicago) is sponsoring legislation that would require the Department of Human Services to create a mental health database for first responders, with the goal of connecting men and women in these high-stress occupations with resources to help reduce stress, anxiety, and depression, as well as to prevent violence and suicide.

“First responders are subjected to many stressful interactions on a day-to-day basis,” Martwick said. “This database would help many who may be struggling but don’t know where to look for help.”

According to the Substance Abuse and Mental Health Services Administration, first responders experience mental illness at a higher rate than the general population, with 30% of first responders suffering from conditions like depression and post-traumatic stress disorder, compared to 20% of the population at large. In addition, firefighters reported higher attempts and ideation of suicide, and nationally, between 125 and 300 police officers commit suicide each year.

“Within a two-week period, two Chicago police officers chose to end their lives. These tragedies have devastated their families and their department,” Martwick said. “Suicide rates among first responders are at a crisis level, and we must be compelled to do everything we can to connect our police officers and firefighters to those who can help them address mental health issues.”

“Our first responders keep us safe, and we need to keep them safe, too,” Martwick said. “Providing them with easier access to mental health and substance abuse resources is one small step we can take.”

Senate Bill 1575 passed the Senate Behavioral and Mental Health Committee 11-0 and now goes to the Senate floor for further consideration.