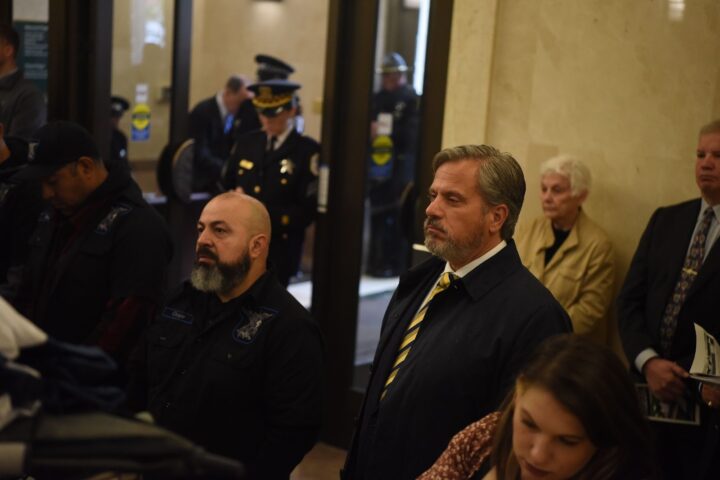 SPRINGFIELD – State Senator Robert Martwick paid his respect to police officers  who have fallen in the line of duty during this year’s Illinois Police Officers Memorial Ceremony in Springfield.

“This ceremony is a small gesture to pay our respects to the men and women who have made the ultimate sacrifice to keep us safe,” said Martwick (D-Chicago). “I am honored to have been able to attend this ceremony alongside police officers and their families to reflect on the bravery of those who have given their lives to keep our communities safe and to stand in support of their families during this difficult time.”

The monument in Springfield, located on the west lawn of the State Capitol, bears the names of the officers who made the ultimate sacrifice while serving their communities. It was first dedicated in 1990, and a ceremony is held each year to pay tribute to fallen officers and their families. The names of every officer who died while serving during the previous year are engraved in the monument leading up to the ceremony.

Martwick was joined by fellow elected officials, first responders and their families at the ceremony, which was held at the Illinois State Library.

A full list of 2022 honorees can be found here.