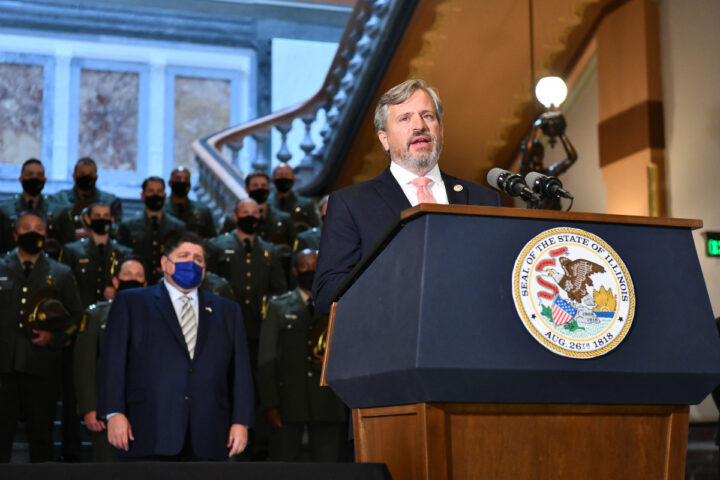 SPRINGFIELD – A new law authored by State Senator Robert Martwick (D-Chicago) would require the Department of Human Services to create a mental health database for first responders, with the goal of connecting people serving in these high-stress occupations with resources to help reduce stress, anxiety, and depression, as well as to prevent violence and suicide.

“Our first responders work tirelessly to protect and serve our communities,” Martwick said. “This database would help provide many who could be struggling with resources to help.”

According to the Substance Abuse and Mental Health Services Administration, first responders experience mental illness at a higher rate than the general population, with 30% of first responders suffering from conditions like depression and post-traumatic stress disorder, compared to 20% of the population at large. In addition, firefighters reported higher attempts and ideation of suicide, and nationally, between 125 and 300 police officers commit suicide each year.

“Within a two week period, two Chicago Police officers chose to end their lives. These are incredibly tragic events that devastate families, co-workers and the community at large,” Martwick said. “Suicide rates among first responders are at a crisis level, and we must do everything we can to connect our police officers and firefighters to help.”

“Our first responders are facing immense pressures and need real support systems so that they can attend to their health, both physical and mental,” Martwick said. “These measures ensure that first responders who need to address mental health issues, have resources readily available to help them.”

The governor has signed Senate Bill 1575, and the law becomes effective immediately.