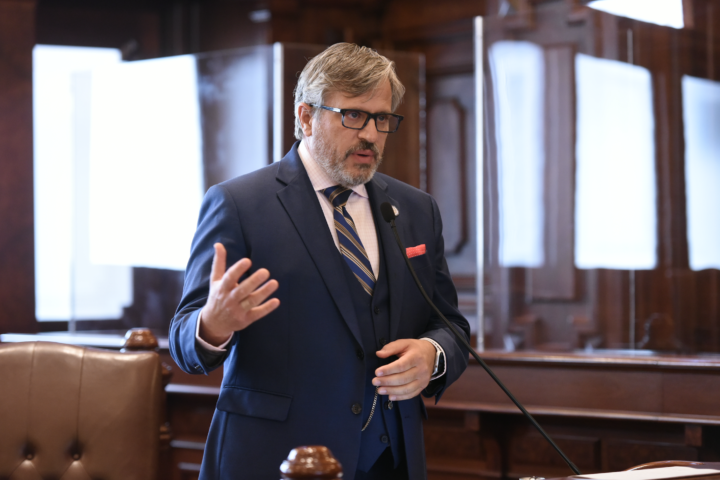 SPRINGFIELD – According to a CNBC report, 15% of American have no retirement savings. State Senator Robert Martwick (D-Chicago) wants to change that by expanding the Secure Choice Savings Program – Illinois’ landmark program to help everyone save for retirement.

“Saving for retirement is hard, and people honestly need help,” Martwick said. “We’ve already seen that the Secure Choice Savings Program makes a difference. Having retirement savings taken directly out of your paycheck before you ever see the money reduces the temptation to spend it.”

The program creates a default retirement savings program for people whose employers don’t provide retirement plans, which they must opt out of if they don’t want to participate.

Martwick’s legislation expands the program to include businesses with five or more employees – down from the current threshold of 25. It would also allow the Secure Choice Savings Board to establish automatic contributions of up to 10% of the enrollee’s wage as the default savings option.

“We know that if people don’t save, they end up reliant on Social Security and expensive government programs,” Martwick said. “This program isn’t just a win for future retirees. It’s a win for the taxpayers.”

The expansion would be gradually phased in. Employers with between 25 and 15 would be required to join no earlier than Sept. 1, 2022, and employers with five to 15 employees would join a year later.

House Bill 117 has passed the Senate and now goes to the governor for his approval.