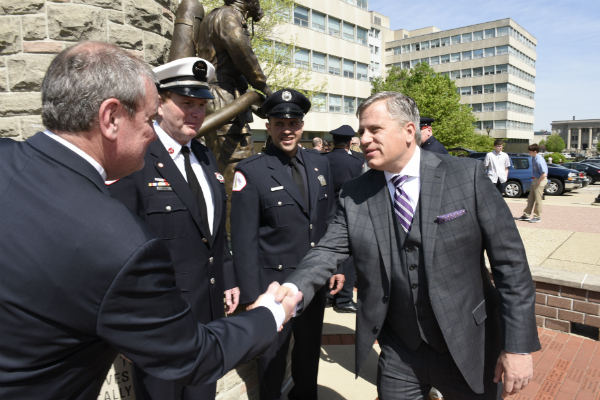 CHICAGO – In the ongoing effort to end the mental health stigma that has isolated and harmed so many local firefighters and law enforcement officials, State Senator Robert Martwick moved to provide mental health resources to first responders.

“Our police and firefighters work day and night to keep us safe,” Martwick said. “They witness some of the most tragic events that occur in our neighborhoods. These stresses have a huge impact on their mental well-being. It is vital that we ensure they have access to the proper resources to help them sort through these difficult situations.”

House Bill 2766 requires each fire and police department to develop disciplinary procedures for those who violate the rules of confidentiality and gives additional protections to personnel if confidentiality guidelines are violated.

The bipartisan measure also expands the prohibition on making possession of a FOID card a requirement for continued employment as an officer, if the card has been revoked or seized due to the officer being a patient in a mental health facility and has not been determined to pose a clear and present danger to themselves or others.

“We need to work together to end the stigma around mental health issues and increase accessibility to services that our emergency personnel need to be healthy,” Martwick said. “It’s our civic duty to look out for them.”
The new law creates a task force to study recommendations to help reduce the risk of suicide among first responders.